Only Inflation Adjustments in Tax News

Our Firm’s last newsletter chronicled pending tax legislation in the Fall of 2021, none of which has passed to date. Most commentators believe it unlikely that any 2022 tax legislation will change the Federal estate and gift tax laws, especially given the specter of the upcoming midterm elections.

However, annual inflation adjustments were applied as of January 1, 2022. This year’s Federal gift tax exclusion is $16,000 (per donor, per donee). And the Federal estate, gift and generation-skipping tax exemptions are now $12.06 million per taxpayer; these exemptions will be adjusted annually going forward until, under current law, they will be reduced by half as of 1/1/26.

As a result, many taxpayers are adopting a “wait and see” posture with respect to making large gifts at this time. Some, however, are still motivated by the “time value of money” concept, meaning the sooner a gift is made the more opportunity for its growth to escape estate tax exposure. It is also said that the single most powerful estate planning tool is to use the [now increased] $16,000 per donor/per donee gift tax exclusion every year.

Our Firm is vigilantly watching developments, and stands ready to counsel you in these uncertain times.

“The difference between death and taxes is death doesn’t get worse every time Congress meets.” ― Will Rogers

What We Leave Behind

Under the name Farner & Perrin, LLP, in our Firm logo, we include the byline “leaving a lasting legacy.” Obviously the idea of legacy is one which resonates with us, often overlaying all that we do. But what exactly is a legacy, and how does one leave a legacy that lasts?

Webster’s dictionary states that a legacy is “something transmitted by or received from an ancestor or predecessor from the past.” Often a legacy is expressed as a cash bequest in a Last Will, sometimes including the gift of a business, stocks or real estate as well. Assets can also be left in a trust that will benefit several generations of descendants, thereby extending the reach and impact of the person who established the trust. But does one’s legacy end with the transfer of financial assets and economic security? Having observed families now for decades, our Firm’s answer is that a “legacy” is actually much more profound.

You Are Not Alone, by Lance McLain

In one sense, you began your life incapacitated. To be sure, your mother did not see you as such. She gladly provided all the care you needed. Your mother did not get anyone’s permission to decide what you would eat or what time you would go to bed, though you probably voiced your preferences. Unable to provide your own food, clothing, or shelter you are alive because someone was there for you.

And the day finally came. On your 18th birthday you officially became an adult (at least in Texas). You decided that you were quite smart, and in fact, that you may have known everything. Upon entering adulthood, you eagerly deployed your wisdom on the myriad decisions you faced. More and more each day, you became increasingly independent.

Consider for a moment the possibility you may enter another season of life, one where you are becoming increasingly dependent with each passing day.

Bitcoin has been in the news a lot lately. It has been praised by Elon Musk and Jack Dorsey and derided by Paul Krugman and Warren Buffett. For those of you who are unaware, bitcoin is what is known as a “cryptocurrency” or, under Texas law, a “virtual currency.” Bitcoin does not have a physical item associated with it; it lives wholly in the digital world. In light of the unique characteristics of bitcoin, its ownership and transfer have unique aspects as well, which are explored here.

▸ Earlier this year, the Treasury released proposed regulations associated with the Secure Act of 2020. These regulations are 275 pages long and cover a broad array of issues relating to IRA (and Roth) rules following a death. Under the Secure Act, many beneficiaries must liquidate an IRA within 10 years of the death. The proposed regulations contain a very big surprise in interpreting this. That is, Treasury has taken the position that beneficiaries must withdraw minimum distributions during the 10-year period, not just at the end. On the positive side, these regulations liberalize the provisions for a trust to qualify for the 10-year period. We encourage all clients with IRAs (including Roths) to consult with us, since updating your trusts may be prudent to align with these regulations. The Treasury is offering a comment period until 6/15/22 before finalizing these regulations.

★ Wendy Farner and Diane Perrin have been named as Texas Super Lawyers for the 13th consecutive year, as well as being named in the publication, The Best Lawyers in America.

★ She’s a Keeper: This summer we are celebrating our paralegal, Anita Thompson, as we recognize her 15th anniversary at the Firm. Almost all of you will remember Anita as the effervescent face of Farner & Perrin, although more recently you will find her handling our probate matters and entity formations. Hard-working, knowledgeable and always helpful, Anita deserves every heartfelt compliment she has received from our clients and friends through the years. We certainly appreciate her many talents.

And finally, to quote Yogi Berra:

“Always go to other people’s funerals; otherwise they won’t go to yours.”

Gulf coast residents are always relieved when hurricane season passes at the end of summer. The political winds, however, are another story. Those are often just heating up as fall emerges, when Congress looks to pass new legislation and corresponding tax increases to “pay for it.”

In mid-September this year, the tax storm came within view, as the House Ways & Means Committee offered its proposed tax bill. A multitude of far-reaching income tax changes is getting most of the press. But the bill would also make sweeping changes to the estate and gift tax landscape if it becomes law

The proposed legislation is pushing a high tide toward shore. This could sweep away many gift and estate planning strategies, impacting grantor trusts first.

If it passes into law, the new legislation will effectively eliminate future grantor trust planning, as of the date of enactment.

Early forecasts suggest this could occur in the coming month or two (before year-end), though the winds of change are always gusty and unpredictable.

Life Insurance Trusts: In the Eye of the Storm

Family Limited Partnerships: Time to Batten Down the Hatches

As an aside from tax law developments, the Texas legislature just extended the allowable duration of Texas trusts.

A new Texas trust that becomes irrevocable on or after 9/1/21 can last up to three hundred years.

And finally, on a much brighter note:

Lance has been practicing in the area of trusts and estates law for 16 years, is Board Certified in Estate Planning and Probate Law by the Texas Board of Legal Specialization, and has a degree in accounting and an LLM in Taxation.

Christian is a 2019 graduate of The University of Texas law school with honors, with background in the tax field at a major national law firm, and a natural aptitude for entity and other tax-related planning.

On March 25, 2021, Senator Bernie Sanders (I-VT) and Senator Sheldon Whitehouse (D-RI) introducted the For the 99.5 Percent Act (the “Act”). If the Act, or anything like it, becomes law, there is now only a small window of opportunity to implement estate planning strategies that have been utilized for years. Additionally, estate planning will become materially relevant to taxpayers whose taxable estates are less than $10 million.

We now have the shot across the bow we all knew was coming. Some shots across the bow are intended as warnings. This one is a sighting shot – zeroing in on the target. The planning window is open now but closing fast.

5. Effective for any calendar year beginning after the date of enactment, certain annual gifts by a transferor in trust would be limited to 2x the annual exclusion per donor.

In addition to the For the 99.5 Percent Act, bills imposing capital gains tax upon death and imposing a tax on any increase in value of assets from year-to-year (i.e., wealth tax) have also been introduced separately.

The bullets are flying. The aim is getting better. If you have been putting off planning, call your advisor today.

The Farner & Perrin law firm is transitioning to reopening our offices. We have limited staff on site daily, with most of us working remotely. Be assured we continue to be operational and ready to serve your trusts and estates needs. However, in the interests of everyone’s health and safety we are not conducting in-person meetings at this time.

AND THE WINNERS ARE…. 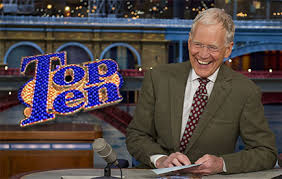 People work a lifetime to save and accumulate wealth, and usually intend to pass it on to their children (or other heirs) at death. Unfortunately, too many people neglect how their wealth will ultimately be transferred, and their lack of planning can wreak havoc with their good intentions. Reminiscent of the David Letterman show, here are the “top 10” estate planning mistakes that we commonly see, in reverse order:

Spend some time searching on the internet, and you will find no shortage of studies, statistics and facts about divorce. You will find everything from its major causes (money, infidelity) to its demographics (highest rate in Russia, lowest in India) to its incidences among occupations (highest among bartenders, lowest optometrists). As the rate of marriage trends downward in American society, the rate of divorce is not surprisingly somewhat slowing. Yet, the rate of divorce in second marriages is higher than in first marriages. And another noteworthy trend is the divorce rate among people age 50 and older has doubled in the last twenty years.

If not fascinating, these factoids at least focus us on the reality of divorce in our families, now or in the future. 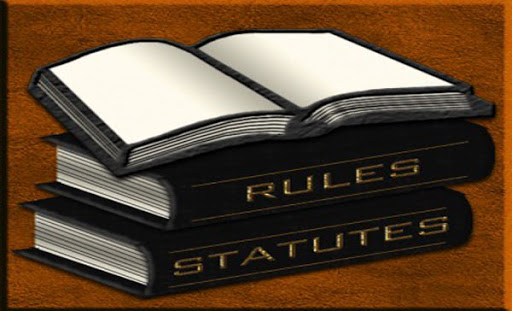 IN CASE YOU MISSED IT:

The Texas legislature meets only in the odd years, so it is currently out of session. While 2019 was not a banner year for probate and trust law, allow us to share select highlights:

Access to Digital Assets. An executor now has specific authority to seek a court order to access the decedent’s digital assets. Digital assets are broadly defined. A good way to think about them is as electronic substitutes for items that used to be physically maintained, e.g., records, correspondence, books, CDs, and videos. Digital assets may also include email accounts and social media accounts, such as Facebook. An executor’s authority may be limited by the terms of certain accounts.

Should We Feel Insecure about the Secure Act?

Congress passed the Secure Act in the final days of 2019, effective as of January 1, 2020. This is a transformational tax law in terms of post-death income tax on inherited IRAs.

To provide context, the Investment Company Institute estimates there is almost $6 trillion in 401(k) assets and almost $10 trillion in IRA assets, as of 2019. So it is not really a surprise that Congress would seize on an opportunity to tax these assets sooner rather than later, as the aging of the population continues and the impending generational transfer of this wealth looms large.

And that is the main thrust of the Secure Act. Seniors will enjoy somewhat greater income tax deferral, but their heirs will encounter quite a compressed time frame for recognition of the income tax on what they inherit from an IRA or 401(k).

Channeling Clint Eastwood, allow us to share The Good, Bad and the Ugly.